Hollaboi (Victor Onaopemipo Olla), newly signed to Capsto Records, is a breathe of fresh air in Africa’s Music Industry. As an Ambassador of good music, He is bringing out something new! something fresh!!, something hot!!! His unique selling point is his distinct sound, which combines modern Afro highlife with fuji.

He has recorded a lot of records in the past but I must confess, have never poured out my emotions in a record as much as I did on this record

The Record Is deep!!!! Its Epic!!!can’t wait to share it with you guys 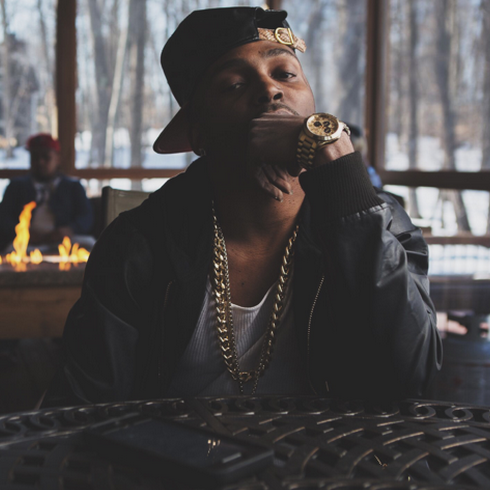 DRA-GON is back with the visuals to his DOPE freestyle tune titled… NO COMMENT! Watch below… We’ve heard alot about MEEK MILL using GHOST WRITERS… Alotta people have accused the U.S rapper of not writing his LYRICS… Well, he recently FREESTYLED on LIVE radio to prove he really knows how to RAP.

Gyphtoms is a Duet that comprise of Gift Orovwigho and Omotolani Yusuf who are both from Delta state Nigeria and Lagos state Nigeria respectively. Gift is a graduate of Ekiti State University (EKSU) Nigeria while Omotolani is a student of Lagos State University (LASU) Nigeria. Gyphtoms was formed in 2011 and have since recorded about 30 tracks all produced by Scientific beat, Agreement is the latest track to be recorded…

Their style of MUSIC could be desribed as Afro-Pop with an infusion of the PIDGEN dialect… They will be dropping their most anticipated song “AGREEMENT” on audio… 1st of DECEMBER 2016!  + a MUSIC VIDEO already directed by renowned video director…. AKIN ALABI… We just can’t wait to listen to these creative & dynamic artists…             Don’t hesitate to check them out on  their social media platforms…   TWITTER/INSTAGRAM: GYPHTOMSOFFICIAL & FACEBOOK: GYPHTOMS.        Giztzzz…                  mAdE t.V!

Written by Dotun Pholdz on November 4, 2016. Posted in Uncategorized, Undaground Hip Hop is evolving and there’s no way around. The Golden Era days of graffiti and B-Boys have been replaced by trends popularized online. Social media has swallowed the once intimate culture turning into and the blueprint for international pop culture. Although the changes are rapid, there are a few who have decided to stray away from the cultural revolution and continue to build on the Hip Hop’s traditional elements. 9-year-old DJ Kool Flash is one of those few.

Written by Dotun Pholdz on October 10, 2016. Posted in Uncategorized, Undaground You remember Drag-On from the Ruff Ryderz days with DMX? Yea, he’s back for Game’s head cos Game mentioned him on 92 Bars, the diss aimed at Meek Mill. The line that had Drag-On in it from Game’s diss song was- “I’m the old DMX, you niggas Drag-On.” I guess Drag-On felt that line was belittling and he recorded a freestyle on video and uploaded it  earlier today. I am a Game fan fan, but I got to say this is HOT!!!!!

Written by Dotun Pholdz on August 25, 2016. Posted in Uncategorized, Undaground

Do you luv HIPHOP? Do u listen to RAP musik? If u do…then you got no reason not to watch this BLAZIN freestyle video from one of RAP music’s finest… DRA-GON!!!!!!!

Remember DRA-GON from RUFF RYDERS…back in the dayz? Well, he’s gearing up for a DOPE mixtape on his independent record label called HOOD ENVIRONMENT… Watch  his EPIC freestyle below…