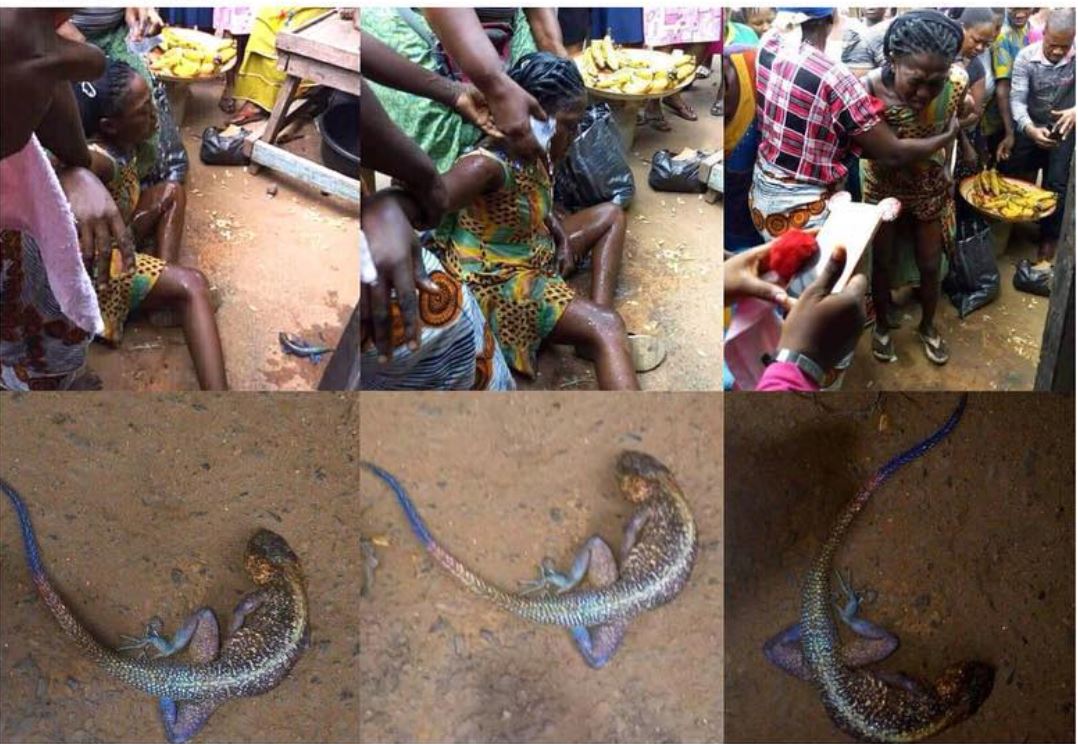 It has been reported that a woman who has been pregnant for 2 solid years has given birth to a male lizard in Rivers state.

According to a mAdE t.V source who posted several pictures of the incident on Facebook, the strange  delivery happened in Omoku market of Rivers State….               Giztzzz…    mAdE t.V!