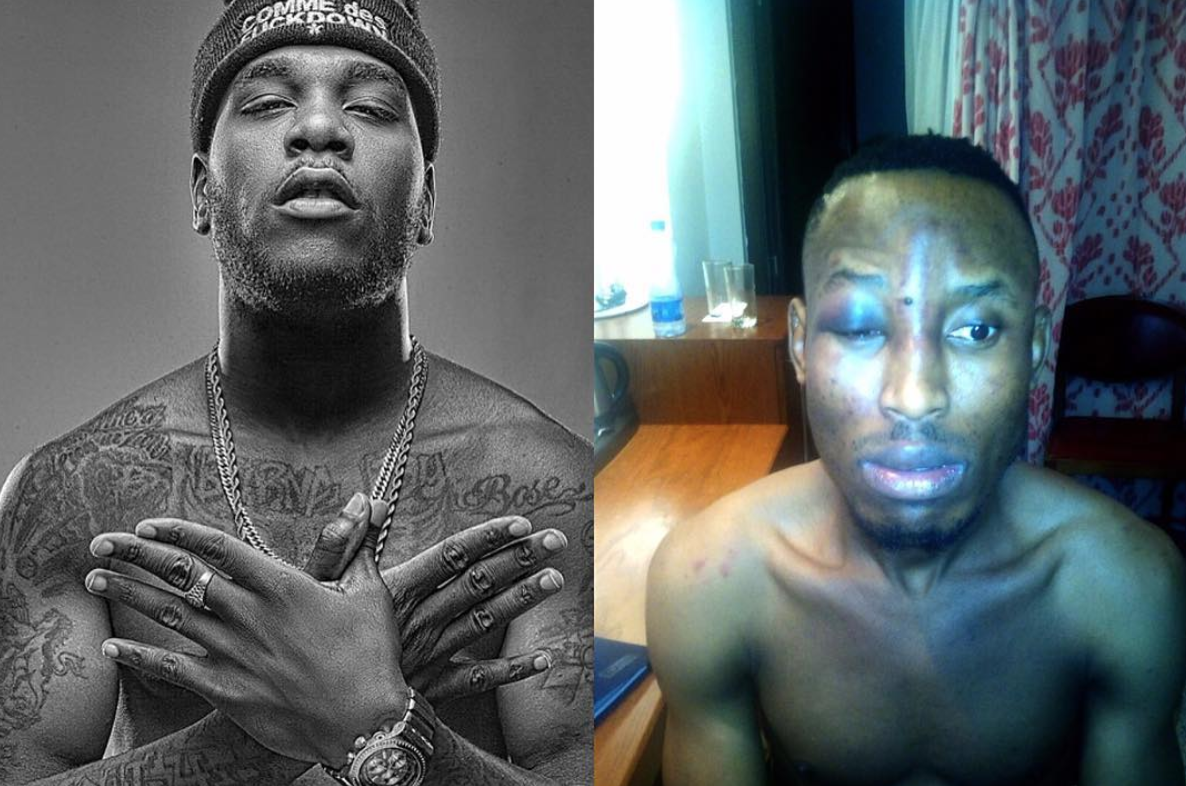 For the first time since the October armed robbery at Eko Hotel, Mr 2kay through his management ‘Grafton Entertainment’ has issued a statement on the issue clarifying where everything stands at the moment.

Read the full statement below…

We would like to use this medium to appreciate Mr. 2Kay’s fans for all their support and messages when he was attacked on Sunday, October 22, 2017, at Eko Hotel and Suites in Lagos where he performed at Buckwyld & Breathless, organized by Buckwyld Media. Like you may already know, Mr. 2Kay was attacked in his hotel room at gun point by four men who pretended to be the hotel’s room service attendants.

Mr. 2Kay was brutalized and robbed of his belongings. The robbers also took Mr. 2Kay’s friend’s items who was also in the room when the robbers gained entrance.

The management of Eko Hotel reported the incident to the Bar Beach Police station and an investigation file was opened immediately. After taking statements from Mr. 2Kay’s team, his road manager, Samuel Michael was detained for allowing Burna Boy’s manager, Joel Kantiok to follow him to Mr. 2Kay’s room after 2Kay’s performance that evening.  Mr 2kay’s road manager was later cleared by the Police after interogation.

In less than 48hrs, we were told the Commissioner of Police, Edgal Imohimi had requested for the case file as the case was transferred to Federal SARS Headquarters in Ikeja. In the course of their investigation, the Police arrested 3 boys who confessed that they were contracted to deal with Mr. 2Kay.

According to the commissioner, the robbers confessed that Joel Kantiok informed them of Mr. 2Kay’s room 0847 where they assaulted Mr. 2Kay. The robbers said they were paid by Burna Boy to “Teach Mr. 2Kay a lesson,” hence the Police declared Burna Boy wanted.

As lawful representatives of Mr. 2Kay, Grafton Entertainment would love to use this opportunity to clarify some of the information that have been going round in recent time.

2.      Any other statement, quotes or opinion by anybody outside this official statement by Grafton Entertainment is invalid and inconsequential.

3.      Grafton Entertainment through our lawyers and the management of Eko Hotel are in talks regarding the incident that took place in one of their rooms.

4.      Our going to court is dependent on the outcome of the talks between our lawyers and Eko Hotel. The public will know if we get to that point.

5.      Any further information about this case should be addressed to the Police as Grafton Entertainment did not conduct or influence Police investigation in any way.

6.      This case about the robbery and assault with the police is a criminal case and not a civil case

Once again we thank the general public for their concern and well wishes. We will also appeal that Mr. 2Kay’s fans, the media and the general public allow the Police complete their investigation, even as we commend them for the great job done so far.