Written by Dotun Pholdz on August 19, 2015. Posted in Gistzz, Uncategorized 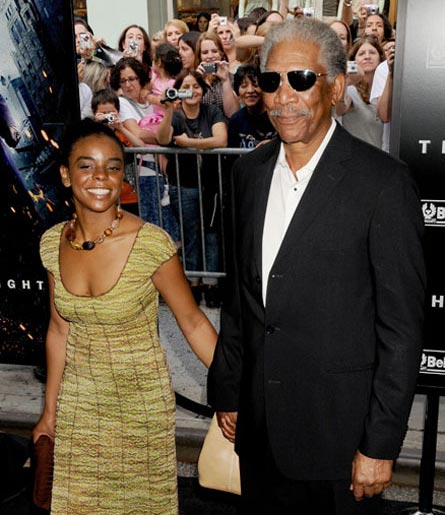 Latest reports emerging say that Morgan Freeman has been accused of having an affair with his recently slain step-granddaughter, Edena Hines, years before her tragic death on Sunday, August 16.

According to mAdE t.V sources, 6 years ago, insiders had revealed an alleged affair between the ‘The Shawshank Redemption’ star and Edena Hines, during a time when the actor was divorcing his wife of 25 years, Myrna Colley-Lee.

The veteran actor denied the affair, and his rep maintained that the story was false when approached by Radar today.

mAdE t.V sources now claim that the steamy affair destroyed Freeman’s marriage as well as his longtime relationship with mistress Mary Joyce Hays.

Hines was raised by the couple “since she was a little girl, and as a teen, began her illicit relationship with the much-older actor, sources said.

“Myrna said Edena told her that when she was a teenager, she and Morgan went to dinner at a friend’s house one evening. Both had been drinking, and when they returned home, Morgan attempted to have s*x with her,” claimed the sources. Adding: ”[they] stopped just short of having intercourse… Edena explained to Myrna that she stopped Morgan from going any further.”

When Myrna took her husband to task for his creepy seduction, he promised to stop, but the secret affair continued for years after, sources claimed.

He often took Hines to red carpet premieres, and “nobody thought anything of it, because she would be introduced as his ‘granddaughter.’”

After the split, sources claimed that Hines was hoping to get pregnant by the actor, in belief that it would lead to him being faithful to her and marrying her.

However, Hines’ boyfriend Lamar Davenport has been arrested and charged with second-degree murder in connection in the 33-year-old’s exorcism-like stabbing in front of her Manhattan apartment building on Sunday.