Written by Dotun Pholdz on August 4, 2015. Posted in Gistzz, Uncategorized

Innocent Ujah Idibia known as 2face has revealed his best artiste in Nigeria. The pop star and African queen crooner, who is regarded as a legend in the industry took to his Twitter handle to announce the artiste that he admired the most in his motherland Nigeria.

Wande Coal, like most great musicians started singing in the teenage choir at his church. He got his break in the Nigerian entertainment industry as a dancer. He got signed to Mo’hits records in 2006 and featured on D’banj’s Rundown/Funk you up album on singles such as “Loke”, “tonosibe” and “why me”.

He released his debut album ‘Mushin to Mo’Hits’ which was widely received across Nigeria, UK and the USA.

Wande Coal has also recorded tracks with other Nigerian artists including Ikechukwu, Naeto C, Dr SID, D’Prince, Wizkid and many more. In 2012, Wande Coal, Dr SID and D’Prince signed on to Don Jazzy’s new Record Label Mavin Records with the addition of Tiwa Savage from 323 entertainment acting as the first lady of mavin records. Wande Coal left Mavin Records in 2013. In October 2013, he released a single called “Baby Face”

Picture of Wande Coal below… 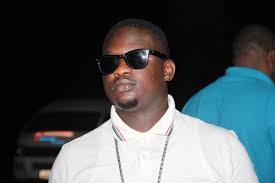