Written by Dotun Pholdz on June 24, 2015. Posted in Gistzz, Uncategorized

Details have emerged on the robbery which occurred in the early hours of today at Ogolonto area of Ikorodu, Lagos state.

A lady reportedly led the gang to the banks and stayed outside while the operation lasted.

The leader of the gang was said to have sat down in front of the bank bragging, and no police officer was able to confront her. She reportedly tied charm around her neck.

Sources at the Zenith bank disclosed that there were about 15 armed robbers whose ages should not be more than 20-years.

The bank’s safe as reported was broken with the use of dynamite and the staffs were made to lie on the floor while the robbery continued.

The young robbers were reported to have burnt three of their vehicles in front of Origin Gardens, a recreational place not far from the scene of the incident, and escaped via the ferry service operated beside the Garden.

A witness at the scene of the robbery said:“I could not dare stare them in the face. I just lay on the floor as they instructed and waited there until they left. I have never seen anything like that before.”

One of the owners of the garden (name withheld), whose car was burnt alongside the three jeeps, described the incident as a really shocking one.

“Nobody is ready to talk to you right now because we are all in shock. My car was burnt and I could not face the people. Don’t ask me how they escaped, why didn’t you come here when the robbery was going on?”  she blasted!

At the First bank robbery scene, the suspects used a device to open the computerised door to gain entrance to the banking hall.

Monies were carted away but no staff of the bank was killed.

Only one person was reportedly shot in the leg and has been taken to Ikorodu General Hospital for treatment.

Meanwhile, the armored tank which the policemen used to stage a pursuit of the robbers was pelted with bullets that almost penetrated the bullet-proof vehicle.

The state’s Commissioner of Police (CP), Kayode Aderanti, who was at the escape route, told reporters that the police would investigate the matter to know how the robbers carried out their operation successfully.

When he asked why none of his men could confront the robbers during the two-hour period that the incident lasted despite the fact that a police station was opposite the bank, he said: “we shall look into the matter and investigate thoroughly to know what happened.”

As at the time of filing this report, no fewer than 20 police vans were patrolling the area to check if the robbers were going to return and ensure safety of lives and properties. 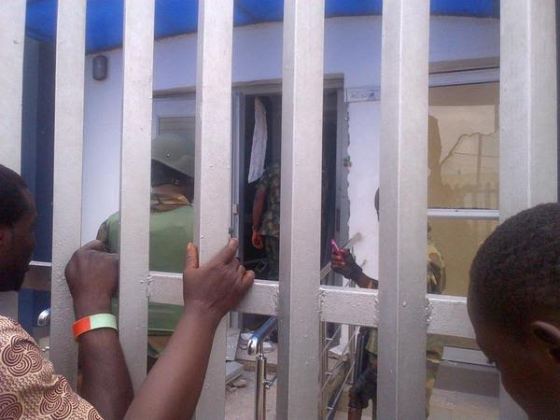 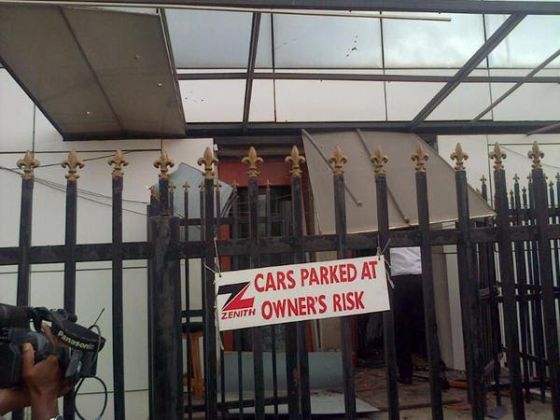 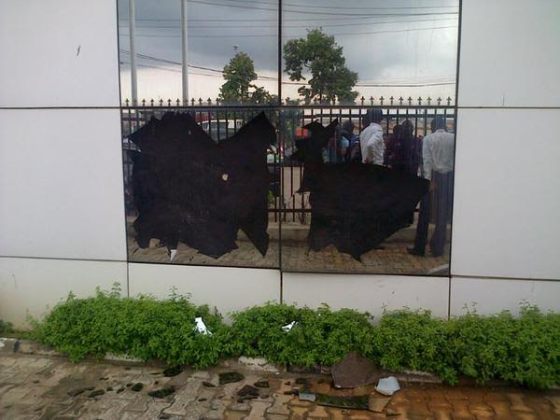 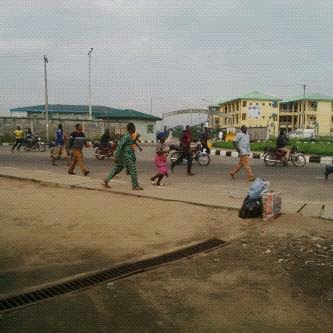